A glimpse of Japan

Chinese always have a mild hatred for Japanese: in TV series, movies, advertisements, Japanese are usually depicted as stupid, cruel, lustful and unruly. I didn’t see any movies that shows Japan and Japanese people positively. In fact, China has a term calling Japan and Japanese people: “Xiao Riben”, literally “Little Japanese”. Chinese often talk about Japanese people with contempt. However, based on 10-day visit in Japan, I think Chinese should not be that proud.

The first impression of Japan: neat and clean. You do not see any trash bins in the streets; you do not see any trash either. In Japan you have to bring your garbage back home. You clean up your own mess. And back home, you have to categorize the trash. Japan is a country keen of recycling resources. Plastic bottles have their own bins. In some small places in Japan, only trash in a certain category will be received, i.e., on Monday you can only take your plastic bottles out but not bio trash; on Tuesday you may throw away bio trash but not glass bottles.

It’s quiet. People don’t talk to each other on the bus or subway; if they do, no one hears them. On buses and subway carts, no-talk-on-the-phone signs are quite common. On the road no cars honk. People walk as fast as people in China, but you can feel the difference: it’s more peaceful in Japan.

Everything is in order. People obey rules. No one crosses the red light, be there traffic or not. We went to a city name Takayama and early in the morning  we took a walk around the city. The streets are almost empty, with a few pedestrians, no cars on the street. However, people still wait until traffic lights turn green. On elevators people stand on one side and leave space for those in a hurry. In bus stops people line up and nobody jumps a queue.

People are polite, most are friendly. You may not get used to it when people bow you all the time: in supermarkets, in shops, even on the street. Still in Takayama, a girl tries to cross the road when she noticed a car is approaching; she paused; the driver signals her to go first; the girl bowed to the driver and crossed the road; the car continues moving. You will never see this in China. The car won’t stop in the first place. On the contrary to movie depictions, I found most Japanese friendly. On the streets if you ask for directions, many will take you to your destination if it’s not far away. When my girlfriend is moving out from her student apartment, it was raining. The apartment administrator offered to drive us and our luggage to the metro station by his own car. I doubt this happens in China.

Of course we met a lady who discriminated us in Shirakawa-Go. We ordered food and she asked us to pay first. All others pay after they had food. She might have encountered customers not paying for food. What happened to her may not be pleasant, but how she treated us made us unpleasant as well. But the experience in Japan was extremely positive. I’d encourage every Chinese to go visit Japan. Things will be better if we understand each other better. People should learn from each other and treat each other as equal parties. I believe people in China and Japan are both nice, they are just taken advantage of by those asshole politicians. Well, screw them! 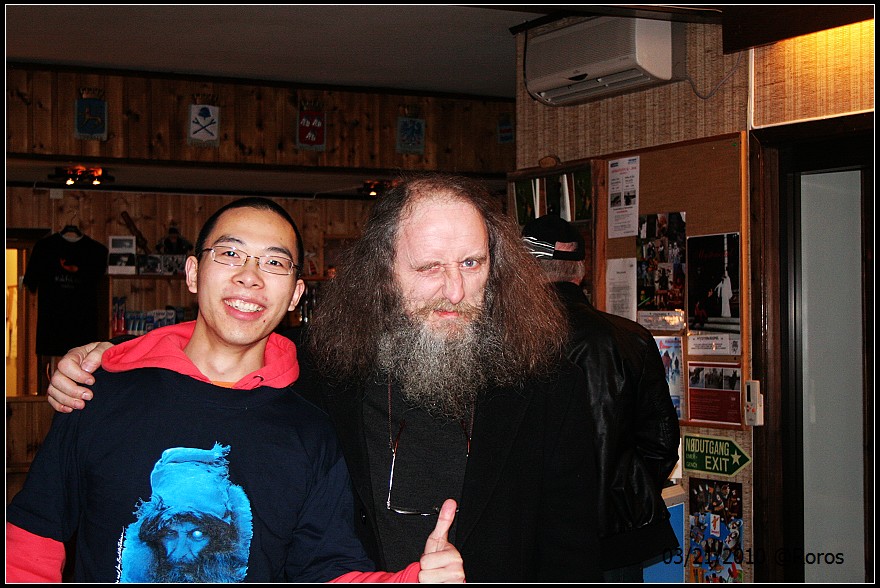