Statistics of insurance sold on Taobao.com on Valentine’s Day

On Feb. 14th Taobao launched a campaign to sell insurance products, which promises 7% yearly interest rate. The sales data is public, so I wrote a script to crawl them down and did a brief study on this data. Here’re the results.

On that day (actually sold out in less than two hours in total) more than 40,000 people participated, resulting a total sales of almost one billion CNY (the exact number: 980,270,000 CNY). Two companies participated in this sales campaign: Zhujiang and Tian’an. The sales statistics are:

The histograms of how many people pay for each amount. 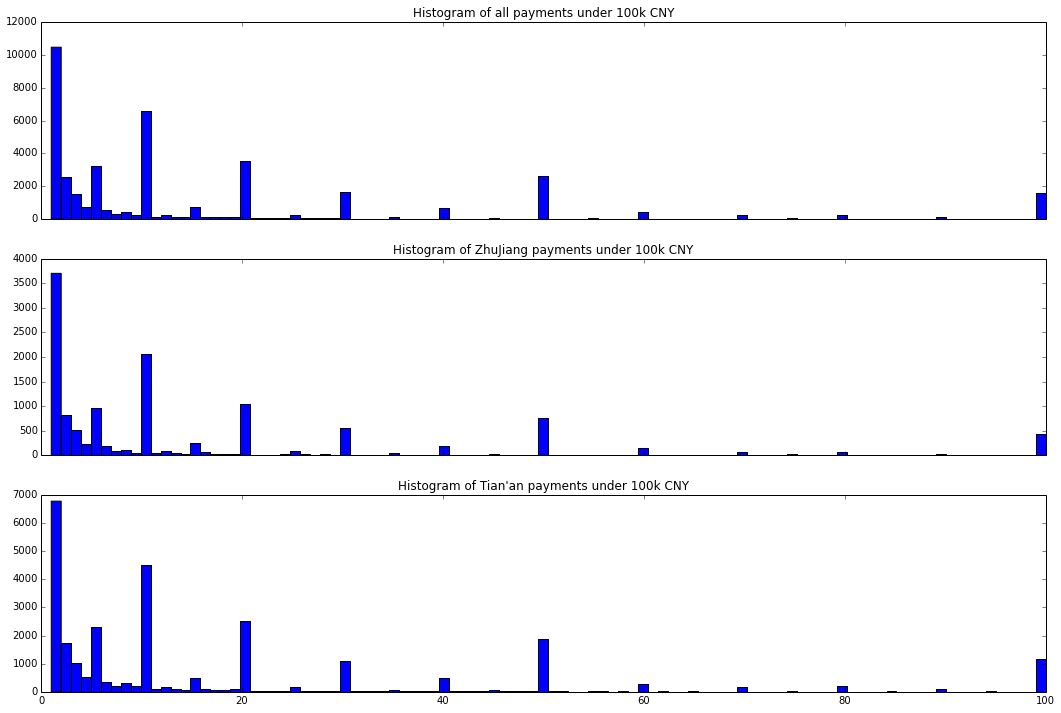 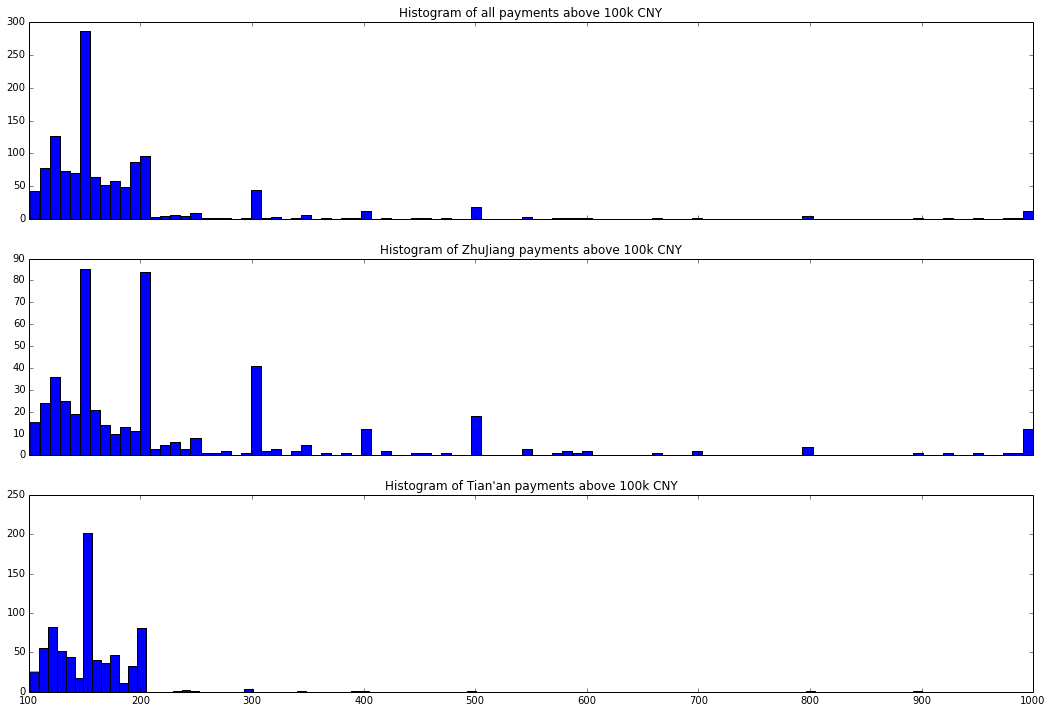 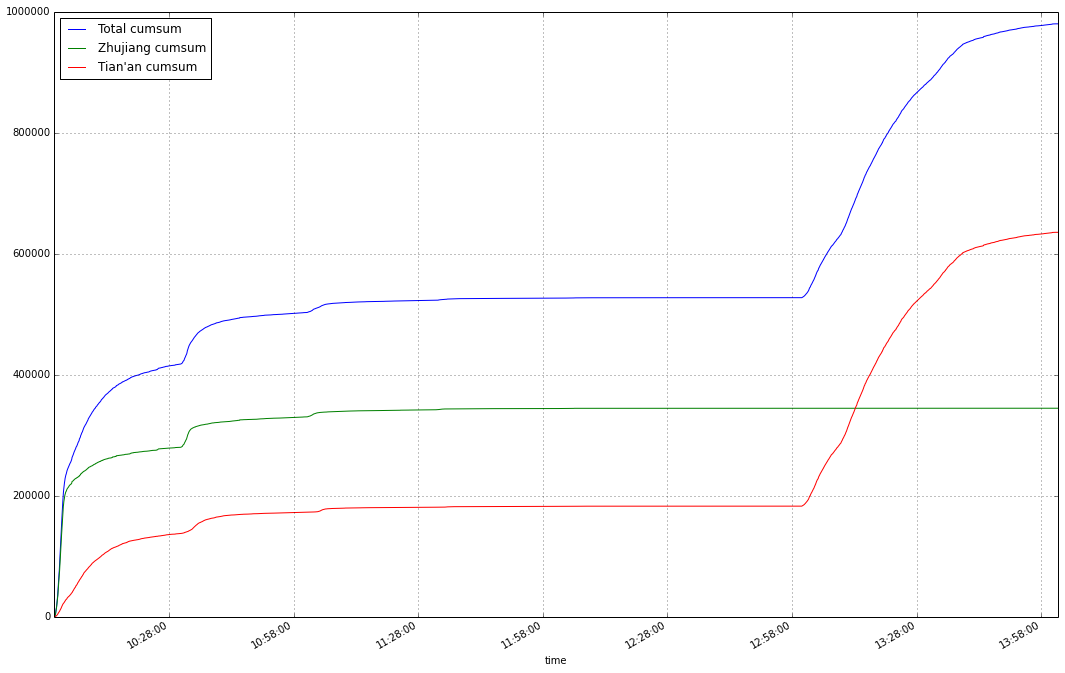 Zhujiang was extremely popular: in 2 minutes and 56 seconds it reached a sales of 200,212,000 CNY, that’s more than 1 million CNY sales PER SECOND! Indeed Chinese are crazy about online shopping. 😀