I haven’t cycled much since my previous bicycle was stolen in Stockholm last year, which ruined my plan of cycling from Stockholm to Helsinki. Now I’m planning something similar: I’m cycling from Helsinki to Lappland — not so big deal compared with the previous plan, but still better than nothing.

In order to prepare for the journey, a French friend and I went to Porvoo, a small city around 50
km to the east of Helsinki. It started well, the weather was not perfect but except for the drizzling part it was all right. Then it started raining heavily and we got somewhere in Helsinki. After we were finally able to locate our position it turned out a part of the route was closed due to construction. Fortunately we managed to find out another path and rode all the way to the destination. In total the 60 km journey took us 4 hours, including the time wasted in Helsinki, not bad at
all.

My friend’s new raincoat was in pieces one hour after he put it on. This may be too obvious: it was made in China.

Immediately after we arrived at a park near the city center of Porvoo, a young lady approached me and said ‘moi’. I ‘moi’ed back and then she started speaking Finnish to me. She talked for around one minute and stopped, looking at me. I replied, “Anteeksi, en puhu suomea.” She seemed embarrassed and asked if I speak English. It turned out she was
writing an article about the park and wanted to know my opinion on it. I felt flattered (come on, a journalist was interviewing me :D) and complimented on the park. We talked a bit about the park and she asked our names and took some pictures of us. I couldn’t help to be excited when I thought of I’d appear on some newspapers or magazines — first time indeed.

After lunch we spent half an hour visiting the old town. There’s not much to note down, except that I met an American
in the church and he speaks Chinese. Around 1:30 we got on our bikes again and headed back. It was much more difficult since we were riding too fast in the morning and felt tired once we got on the bike. Headwind made it harder. But I was motivated by a cyclist on the road. He stopped us asking the road to Porvoo. I gave him my map and asked where he was from. He said he was from Hanko and had been riding for 20 hours… How crazy was that? Anyway it took us more than 5 hours to get
back. And I couldn’t feel my ass after I arrived at home…

It was really quite an experience. We survived the rain, unfamiliar route, headwind and physical exhaustion. In the following weeks I’d do more exercises, if I want to survive the 1000 km journey.

PS. Porvoo is quite, as anyone would expect for a city with a population of 35,000 (source: the journalist). 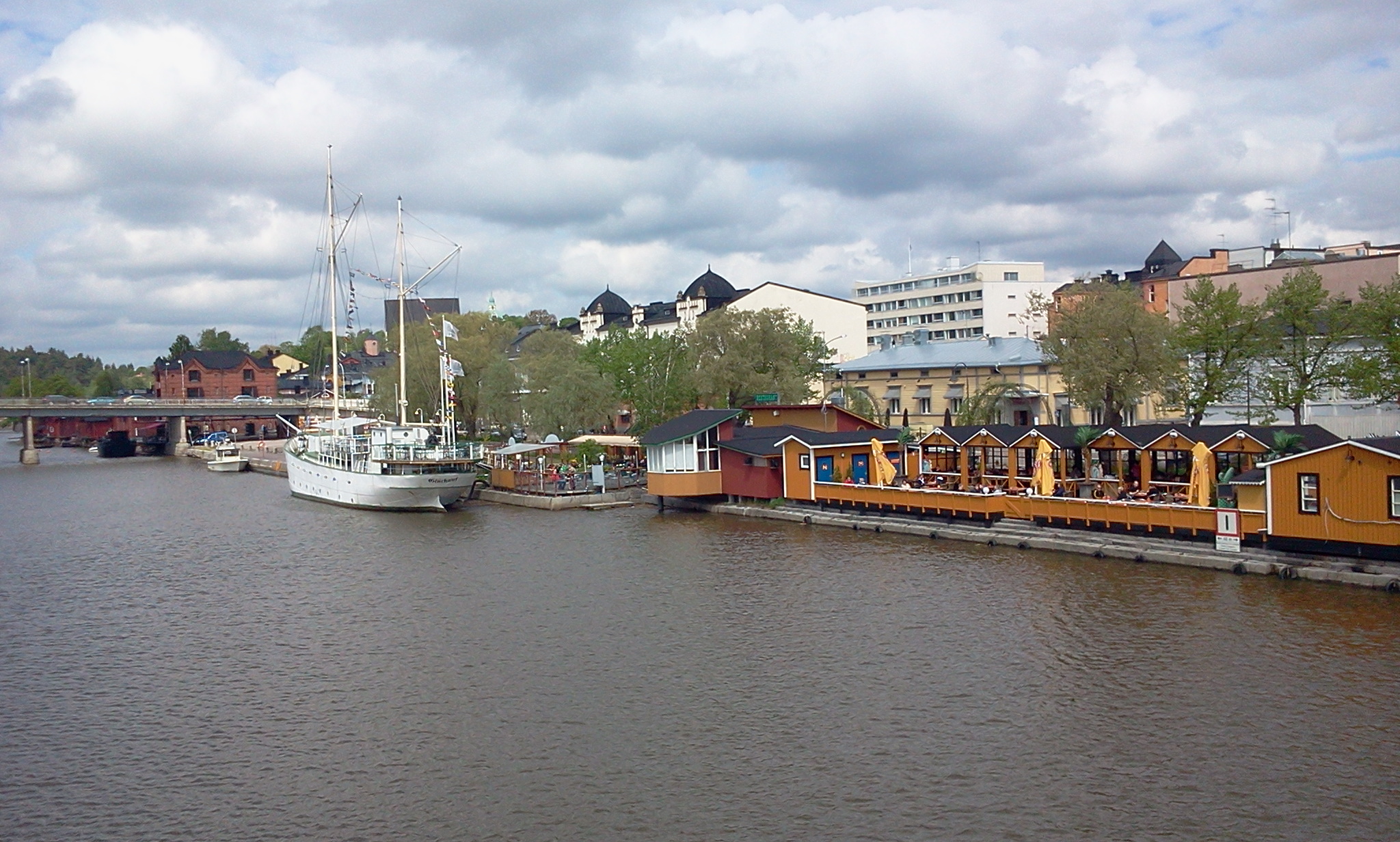