Today I found a mail lying in my mailbox, and it turned out that I have the right to vote! Believe it or not: 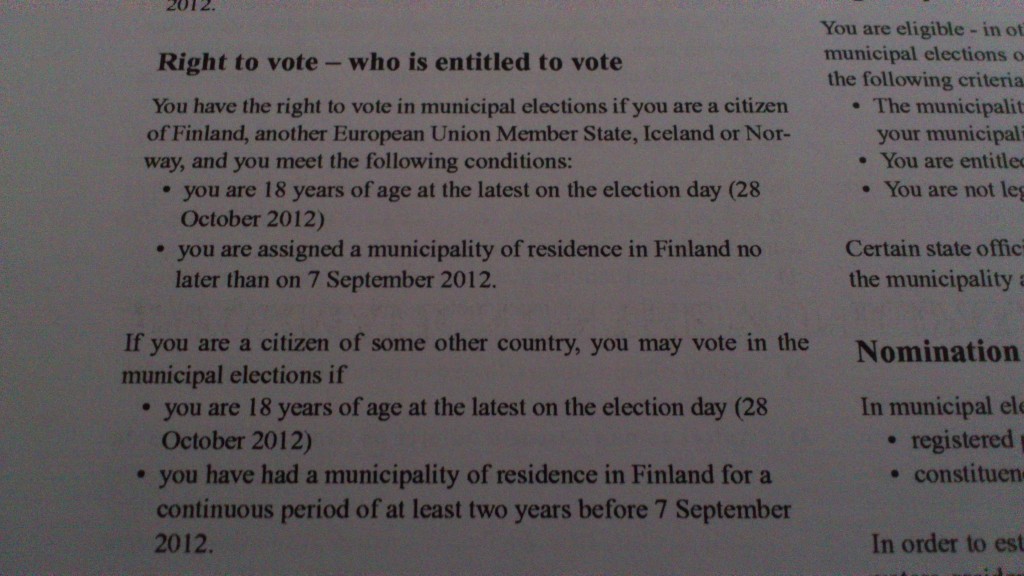 Well, I’m also from a republic country — at least that’s what they say — but I’ve never had the chance to vote. It seems that one should not believe what one government claims. And now I feel quite upside about Finland: how can you let a foreigner vote? I’m not a citizen, I don’t even have a permanent residence permit! Isn’t Finland afraid of people overthrowing one government? Well, I just think they are wild! Now what should I do? Just discard it? But this’s my first opportunity! But whom I should vote? No one never taught me how!

I didn’t realize I’ve been in Finland for almost two years now. It’s been a long time. It’s been nice to study, work and live here. But there’s still something missing, however I don’t really know what’s missing. I suppose I was born a nomad; I’m one that never wants to settle. When is the time to move on? And where I’d go? What should I go after?

I don’t have answers to any of them. But I guess it’s good this way, at least for now.